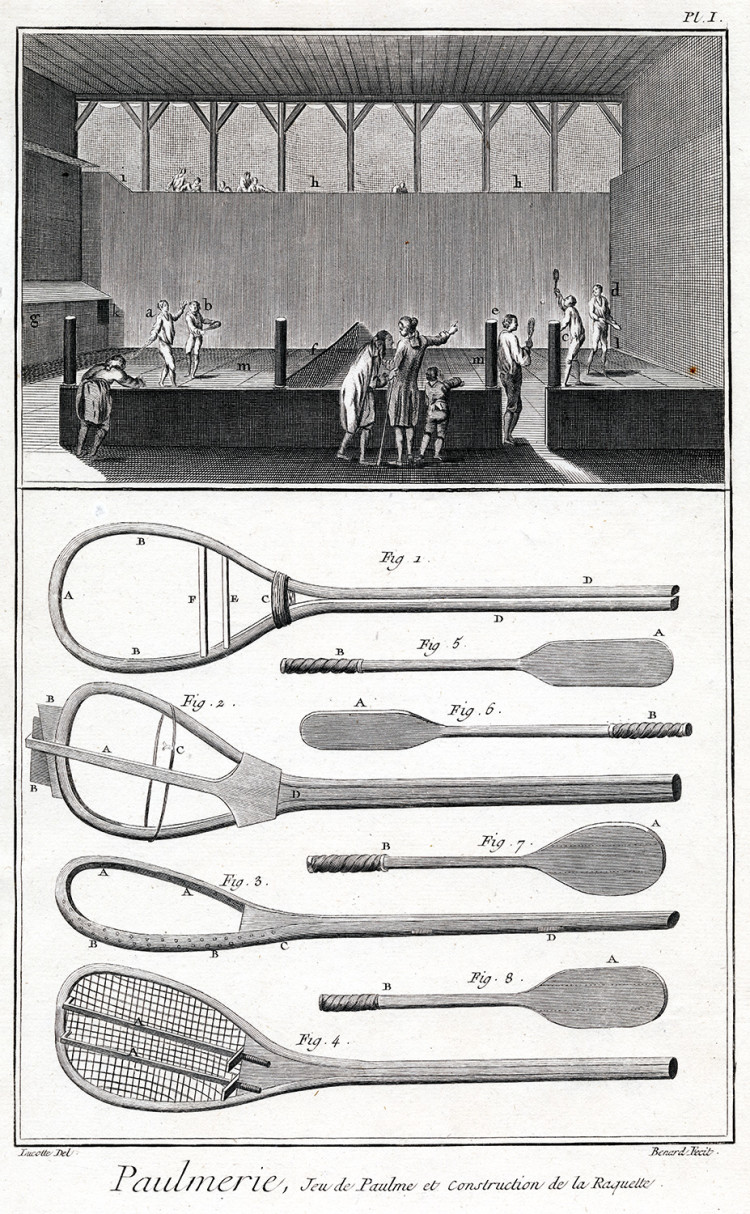 This plate from ca. 1770 is often referred to as from the Diderot Plates, which were extracted from the Encyclopedie, ou Dictionnaire Raisonné des Sciences, des Arts et des Métiers. Recueil de Planches, sur les Sciences, les Arts Libéraux, et les Art. This plate shows the construction of racquets for the game of court tennis in the 18th century. (ITHF Collection)

Tennis, a game played by millions around the world today, has its origins in 12th century Europe. In the beginning, ball games were played using the bare open hand, although players sometimes covered their hand with a glove. Over time, the glove became a paddle covered in parchment when held in the hand by a short handle, which evolved into a battoir when a long handle was added.

By the 16th century, the various hand and racquet games had evolved into court tennis—also known as real or royal tennis—a game originally played in medieval monasteries and other walled spaces. In the 1700s, the standard racquet used for court tennis was constructed of a thick wood frame and had a small tilted or lopsided head in order to scoop up the lowest bouncing balls or those close the walls of the court. This style of racquet is still used internationally in court tennis, including here at the Newport Casino.