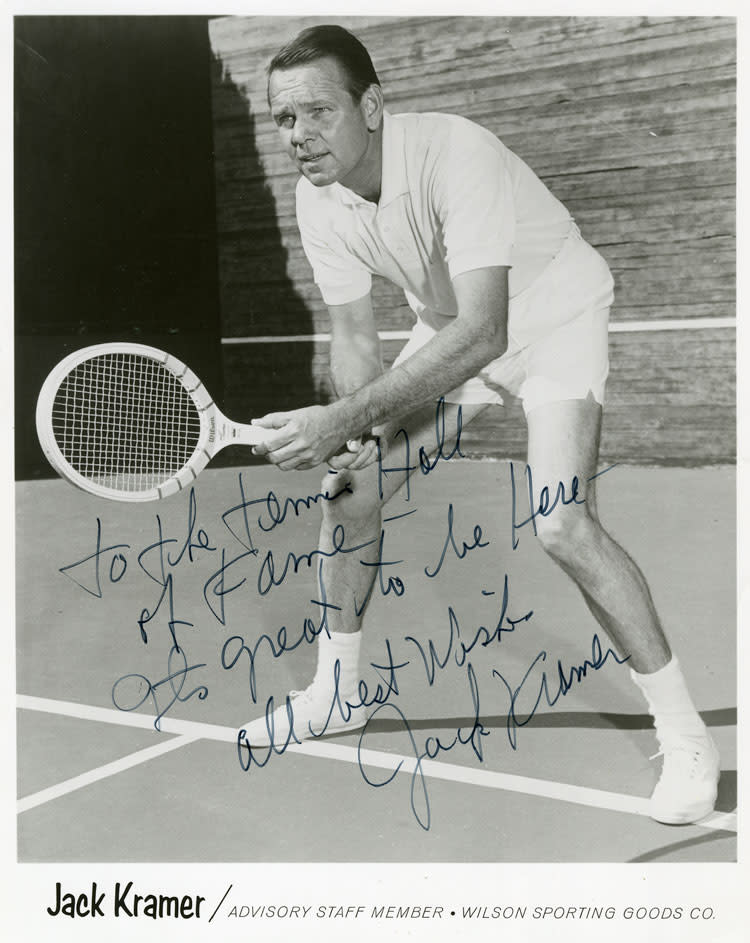 Racquet manufacturers had been experimenting with layers of wood (known as plies) in racquet construction for quite some time. The concept of creating a stronger wood product by layering, or laminating, different woods or with other materials had been in existence since the 12th century. However, these earlier racquets only had a few layers and were still primarily produced by bending steamed wood strips around a mold.

By the 1930s racquets were made with many more thin layers that were bent cold and glued together, under intense pressure. This process increased stability to the racquet frame and with the use of some lighter materials as part of the lamination process, decreased the physical weight of the racquet.

The 1940s through the 1960s was the heyday of the laminated wood racquet, with some racquets including as many as 18 layers. Additionally, during this time is when leather grips on handles became standard. The process of creating laminated racquets allowed for more colorful and decorative racquets to enter the market. The use of paint, decals, high-sheen varnishes, not only appealed to individual tastes of the consumer, but also allowed companies to create models at all sorts of price-points.

The size of the racquets remained standard during this time with head size no larger than 75 in2 (484 cm2). Even with the advent of new materials in the construction of racquets, many players—professional and recreational—continued to play with wood racquets. John McEnroe and Chris Evert won the US Open in 1981 and 1982 respectively with laminated wood racquets.