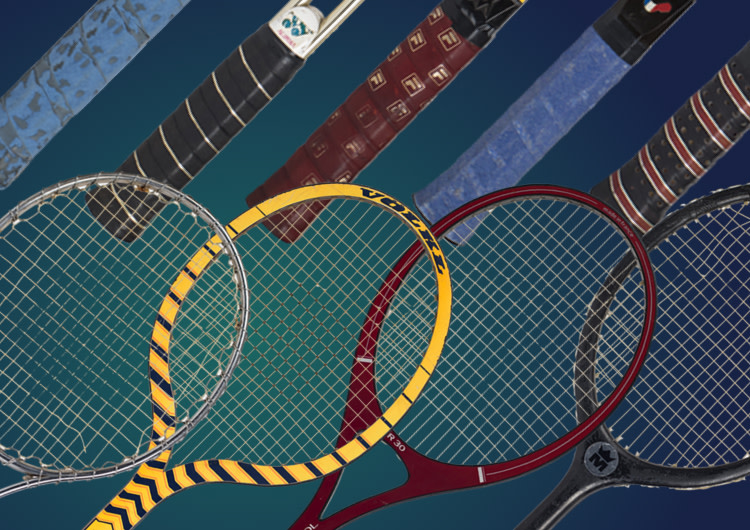 Following the end of World War II and the beginning of the space age, innovators around the world increasingly began experimenting with new raw materials to develop sports equipment. Wood was no longer the primary material to be used in tennis racquet design. Though metal had been used decades prior (primarily with the Dayton steel racquets), it would play a large role in the rapid technological advancements of racquet of the 1960s and 1970s.

In addition to metal, the use of a variety of distinctly different materials to create racquet frames—called composite racquets—changed the development and manufacture of tennis racquets forever and signed the death warrant for wood racquets. Some of the materials used to create early composite racquets include: fiberglass, ceramics, plastics, graphite, and boron. By 1980 composite tennis racquets had firmly taken over the market and are the standard for today’s models.