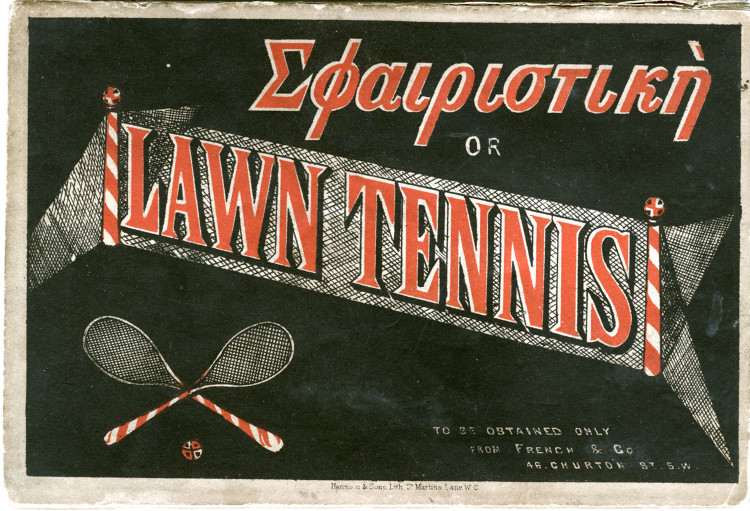 Early tennis racquets resembled the tilted head court tennis racquets with the main difference being the thickness of the frame. Racquets for lawn tennis were also manufactured by the same process. A long strip of flexible yet strong wood—preferably ash—was steamed around a mold that shaped the head of the racquet. The two ends of the strip of wood were joined to form the handle. Holes were drilled into the head for the racquet strings.

Tennis racquets made in this era had a variety of designs for heads and handles. Some racquets had a lopsided head, while others had a flat top, a rounded triangular or an ovoid shape. By the beginning of the 20th Century, the oval head shape proved to be the most popular. The throats or wedges of racquets were a separate piece of wood inserted into the frame and could be convex, concave, or wavy. Handle shapes and finishes also showed variety. They could be regular (rounded edges), fantail, fishtail, bulbous, ball tail, made of cork rather than wood, or have an etched surface.