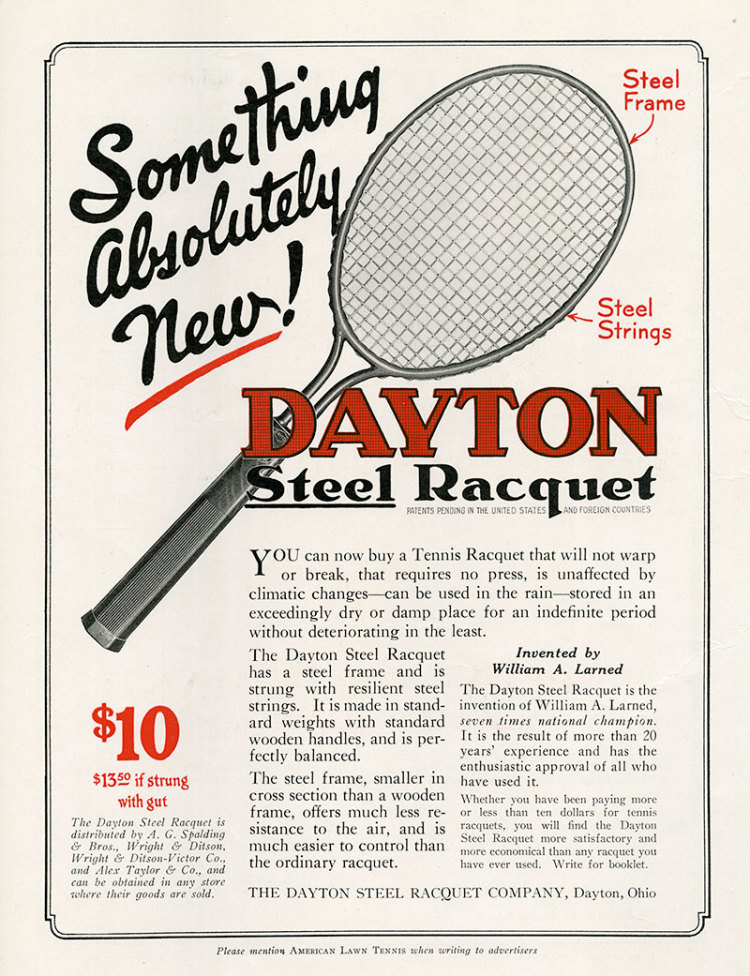 The use of metal in tennis racquet design intrigued manufacturers as early as the 1890s. The challenges of wood racquets—namely breakage of the frame, warping, and breaking of strings—led individuals and companies to experiment with other materials in racquet construction. It was not until the 1920s when the Dayton Racquet Co. exploded onto the scene with a marketable product. Though metal frames were popular into the 1940s, the shortages and restrictions on use of metal because of World War II effectively ended their mass appeal. However, the technology used would pave the way for the development of metal racquets a few decades later.